"I knew I had the will to live because I was worried about scuffing my belt as I crawled back to my car."

"3 people played a vital role in saving my life that day. Who put them there? " 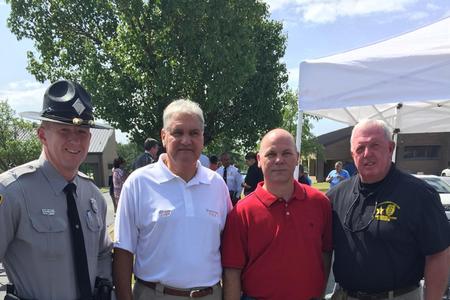 Harry's father retired as  Major in the Charlotte Police Department and law enforcement was his first passion. He chose the North Carolina Highway Patrol and graduated at the top of his class. His first duty station was the Executive Mansion, deemed an honor to be selected to serve Governor Jim Houlshouser.

He was later stationed in Scotland County where his life would be turned upside down and changed forever.

Harry has written a book, Badge Bullets & Blood which may be downloaded from this site.